Posted On October 22, 2018January 22, 2019 by amazinghoustoncomiccon
AMAZING HOUSTON COMIC CON 2015
FEATURED PANELISTS and POP CULTURE PERSONALITIES
One goal of Amazing Comic Conventions is that fans collect experiences in addition to all the regular things one might acquire at the con such as back issues, signatures, toys, and other cool swag. We want the event to be packed with excitement for the fans attending each of the days, creating a full weekend where fans don’t want to leave. To this extent we invited the following experts and pop culture personalities to Amazing Houston Comic Con to host a number of our programs. To be a part of Amazing Houston Comic Con, Tickets are ON SALE NOW!

MEREDITH PLACKO
@mplacko
Award winning reporter and producer who moonlights as a super hero on the weekends. You can find Meredith on The Marvel Movie News Show and Cosplay Coach on Popcorn Talk Network! Amazing Houston Comic Con is Meredith Placko’s third convention with the Amazing Team and we’re thrilled she has joined the staff as our director of programming. 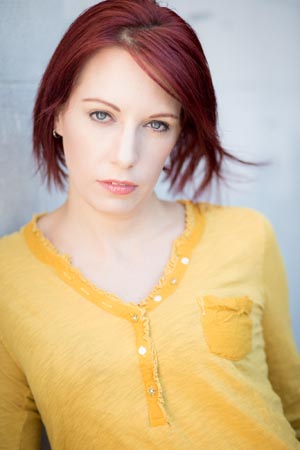 AFTER BUZZ’s ALANA JORDAN
@AlanaJordan @AfterBuzz
Alana Jordan returns in her second event with Amazing Comic Conventions, with Houston Comic Con. Alana is a writer, actress, and stand-up comedian from Birmingham, AL currently residing in Los Angeles, CA. She has worked on a variety of productions, both live and film/television including large-scale productions like The Blind Side, to indie features like the recently released Missing Pieces with Mark Boone Jr. (Sons of Anarchy) and Melora Walters (Magnolia). She’s an accomplished tap dancer (She played Columbia in the stage production of The Rocky Horror Show and was even briefly a part of a competition tap team), a mediocre theremin player (…she’s trying at least), and the proud mom to a cat named Ramona, who she describes as the smartest cat in the entire world (though this has not been officially confirmed.) She had the chance to co-star with her cat in the new female-driven Sherlock Holmes web series, Herlock, written by Lee Shackleford, writer of multiple Sherlock Holmes theatrical productions and Star Trek: Next Generation. In her spare time, she enjoys creating unusual art, photography, cosplaying, playing video games, and going to various conventions.

After Buzz’s Emma Fyffe
@EmmaFyfee @AfterBuzz
Emma Fyffe is many things, but mostly unsure of what she wants to be when she grows up. A life long nerd, her earliest memories are of the Mos Eisley Cantina and a video game she thought was called “Shooting Ducks” until she was eighteen (Turns out? That game is actually called Duck Hunt). She has only recently come to terms with the depressing fact that, realistically, she will never own a dragon.

Emma’s many endeavors to make a career out of talking about the nerdy stuff she loves include a stint on the short lived “Hot Coffee” video game news show on Egotastic! and a foray into the world of vlogging as part of the the lady nerd gang The NerdStreet Hoodlums. She is currently on the host panel for several wrap-up shows at AfterBuzzTV.com including Syfy’s Face Off, Transformers: Robots in Disguise, and Sailor Moon Crystal. An enthusiastic cosplayer, with a background in theatrical costume design, Emma can also be seen on The Cosplay Coach on The Popcorn Talk Network. Also a diehard Sailor Moon fan, she produces/hosts Love and Justice: A Serious Sailor Moon Podcast which has been deemed by fans to be “hilarious”, “well-researched”, and “some of the best content out there when it comes to talking about Sailor Moon”.

LIBRARY BARDS
On the music website ReverbNation, Library Bards debuted at #1 local comedy band, #2 in the nation, and #3 in the world. To hear a sample of their music please visit http://www.librarybards.com

Some of the parody song topics include: Pokemon, Sailor Moon, Super Mario, Zelda, Game of Thrones, Vampires, Zombies, Cosplay, and many other nerdy subjects! Here is a bit about the members:

Bonnie Gordon: Bonnie Gordon is a voiceover artist, singer, and reality personality. Most recently, she was a contestant on the new ABC fantasy/reality show, The Quest.
Bonnie’s most recent voiceover credits include anime and video games such as:
Ikki Tousin (Soujin); Akiba’s Trip (PS3); Guided Fate Paradox(PS3(Frunetti/Misery/Godmother); Demon Gaze for PSVita (Comit, Chronos, and Pluto)

Xander Jeanneret: Xander Jeanneret is an actor, voiceover artist, and reality personality. Xander was a contestant on the TBS show, King of the Nerds (Season 2), and returned as a host for Behind The Scenes of Season 3. He also provided the voice of the “Announcer” on the hit indie fighting game, Divekick.

Xander speaks fluent Japanese, and spent 2008 living, going to school, and hitchhiking throughout Japan. Xander provided the English voice for the main character of “Shogo” in the live action Japanese movie “The Final Judgement”, and for the old man “Delani” in the anime “The Mystic Laws.”
He co-hosts and produces the successful web show, “Under The Table”, which combines his love for Tabletop Gaming, Drinking, and Comedy. In addition to his love of gaming and all things Japanese, Xander is also a gay man living within nerd culture. On King of the Nerds, he was referred to as the “Gaymer”, and loves to speak on the topics of the LGBTQ within the media.

Xander and Bonnie are also Live-Action Role Players, and are currently featured in the ensemble fantasy show, Dungeon Master, based in Los Angeles. This show has been performing for over 30 years, and 15 years in Los Angeles.

GARAGE FX
The Fowers/Caldwell Family- also known as Garage FX- have been showcased at the Amazing Comic Con Events throughout the year. Jason Fowers and Guy Caldwell each time bring a few more tricks, and way more treats for the fans. Their daughters are top costume models, interacting with the crowds, while the parents dazzle with panels and tutorials. Amazing Houston Comic Con is no different than these other events, except their costuming display and game have gone to whole new levels. Look for Garage FX on the main floor with their props and display. They will have Make & Take Workshops, and featured panels throughout the weekend!

Why You Need to Have Casino Credit in Online Lottery